Our values are at the core of who we are and how we operate. We acknowledge the need for confidentiality, transparency where required, integrity and trust. 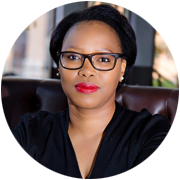 Admitted to practise law in 2002, Dineo is one of the leading corporate litigators and employment law specialists in Botswana. She is well established as a seasoned female legal practitioner in the areas of corporate litigation, employment and labour law, dispute resolution in general, the law of defamation and administrative law. Dineo is passionate about the practice of law and, throughout her career, she has contributed immensely to the jurisprudence of Botswana law, both as lead counsel and co-counsel in many ground-breaking legal cases, representing corporates, parastatals, regulators, non-government organisations, high-net-worth entrepreneurs and individuals, Members of Parliament and Judges of the High Court.

Dineo is ranked by The Legal 500 as a leading legal practitioner in her areas of expertise. She is one of the first cohort of partners to set up Desai Law Group in August 2016, after working as a Senior Associate at Collins Newman & Co for nine years, which she joined in August 2007.

Dineo has been commissioned to contribute a Botswana chapter in a book due to be published in 2019 by Global Legal Insights for GLI Employment and Labour 2019 in partnership with Dechert LLP, a London based law firm. She was recently appointed Chairperson of the BICA Disciplinary Committee. 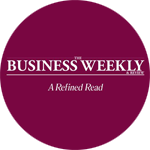